Chuck Ricketts is the Theatre Director at Tomball Junior High. He holds a B.A. in Theatre and a B.S. in Radio-TV-Film from The University of Texas at Austin. Mr. Ricketts has been teaching middle school Theatre 16 years. This is his 11th year at TJHS.
Mr. Ricketts has worked in the film and TV industry on productions like the Jim Carrey film Ace Ventura: When Nature Calls, the Kevin Costner film Tin Cup, and the Sally Field miniseries A Woman of Independent Means.

For 9/22/20 All students from 2nd-7th period should be working in Schoology on your Warm Up answers and putting that into the Discussion sections.
If you are having issues with Schoology here are the WArm Ups for Theatre I, Theatre II and Professional Communications.

“No act of kindness, no matter how small, is ever wasted.”

“The stage is a magic circle where only the most real things happen.”

“The theater is a great equalizer: it is the only place where the poor can look down on the rich.” 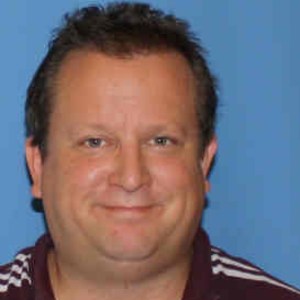 Other
Mr. Ricketts has been involved in Theatre Arts since his high school days. We
won't discuss how long ago that was.

Out of college Mr. Ricketts worked behind the scenes on some TV/Film
Productions. TV Productions include the Jerry Jeff Walker video Hill Country
Rain, the Sally Field mini-series A Woman of Independent Means- shot in the
Houston area, and Juvenile Justice. Film work includes Ace Venture: When
Nature Calls and Tin Cup. He is excited to be working with creative and
enthusiastic students and thoroughly enjoys collaborating with students on school plays!

I love watching their approach to acting, direction and problem-solving issues during a production!